We develop with Django!

When you are going to create a web application or create a SaaS project choosing a web framework is quite an important choice. You want to be sure of the quality, long term capabilities, security, job market. Well Django is one of the favorite choices for a software developer. Not only is Django written in Python, but it is one of the most fully mature frameworks in the open source world. In addition, it is a very good choice for building APIs. Especially with our open source tool Django Ninja

What is the Django framework? 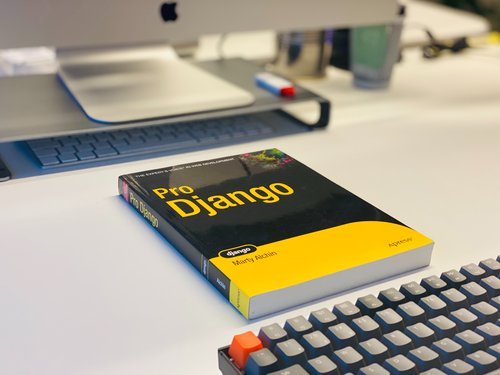 A framework is a set or tools that helps software developers with common tasks required to build an application. For example, one of the most important parts is authentication. Without a framework, developers would always be forced to invent back certain logic.

What makes Django so special among existing frameworks. (Batteries included)

Moreover, Django provides an excellent way to build CRUD (create, read and update, delete) applications. Together with the Django admin and its many features, Django is simply a no-brainer for building an application.

Why do web developers use the Django Framework?

It is fast and simple

One of Django's strengths is that it simplifies work for our developers. Anyone who knows Django can easily collaborate in a project at Code-on. Django and Python have their principles.

The result is that we need much less time to bring a project to market.

Django is an extremely secure framework with an excellent security track record. Django always uses best practices and because it is open source and a widely used framework, many people look into the base code. In addition, Django has a good timeline for new versions. So we can use an LTS (long term support) version or quickly upgrade according to the Django cycle.

Django has built-in security in including:

What kind of applications can you create with Django?

We build just about everything with Django. This can be SAAS applications like Husky marketing planner or Eguide or consumer grade level apps or e-commerce solutions like Roeland language travel or Wintersport.com. It doesn't matter to us, we can do it with Django. Depending on budget and time we will choose to make the application MPA or SPA. But Wagtail is also built within Django!

Are you still hesitating to choose Django?

Take a look at the Django website. Or take a look at some well-known projects where Django is used. Django is used by these firms to achieve growth. It may be that when you have millions of users, you leave Django, but that's really a luxury problem. Django has always proven to be a good choice.